ODDZ CITY, the dystopian reinterpretation of “The Wizard of Oz,” announces the successful completion of its first NFT airdrop and plans for a webtoon and Web 3.0 platform featuring Evolving NFTs, NFT synthesis, and staking functions. 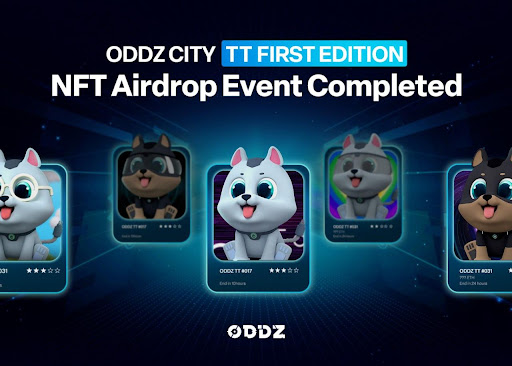 Thanks to participants’ enthusiasm, the ODDZ CITY project has announced the completion of its first NFT airdrop on January 11th with more than 37,000 entries. 50 winners were chosen at random through a lucky draw to receive an NFT featuring ODDZ CITY’s popular character, TT, a pet influencer notably known for its activity on Instagram. The winners’ list will be available from the 13th on ODDZ CITY’s social accounts.

In the future, ODDZ CITY plans to release NFTs featuring additional characters. Users will be able to collect NFTs of Rosie, A.B, Tin Man, and OZ, each having their own particularity.

The ODDZ CITY team is working diligently on a webtoon, set to be released first on KuaiKan Comics (China’s number 1 webtoon platform) in Q1 2023, and will be made available in English on the global webtoon platform WEBTOONS to reach a wider audience. In addition to expanding its characters’ IP across various busin